SEA LIFE London Aquarium wanted to refurbish its Thames Galleries and, in partnership with Thames Tideway,
create a new exhibition about the Thames Tideway Tunnel which I was delighted to be invited to design.

CNC cut sculpted map of London with 4 minute long 3D projection mapped film
Guests having various degrees of English and being of all ages, I developed an animated "son et Lumiere" style storytelling method, mapped onto a 3D map of London and which is a surprisingly effective technique to get across a complicated exposition in an engaging manner. 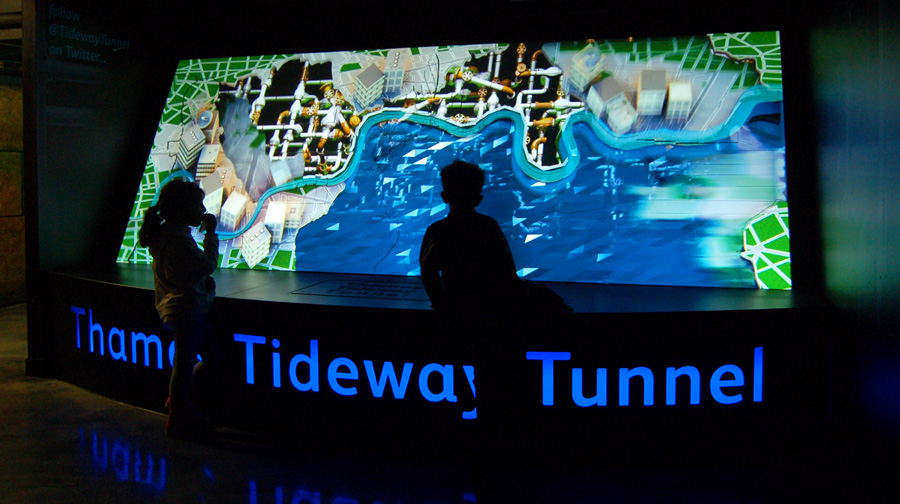 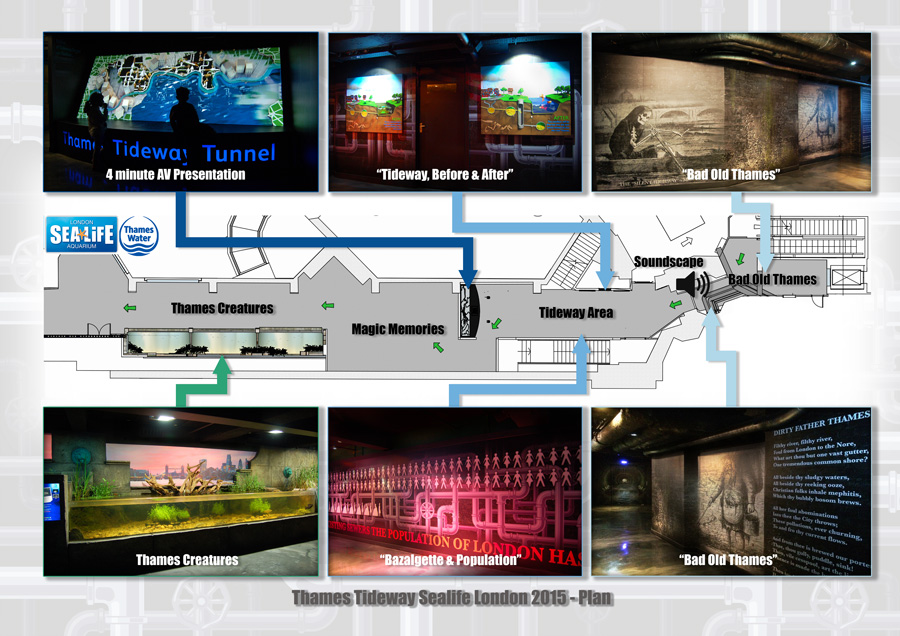 The Galleries start in the "Bad Old Thames" area, graphic representations of a pre Bazalgette London sewer with contemporary political cartoons from Punch to illustrate the problems.
Guests walk under pipes with a dripping water soundscape - passing a screen illustrating the three month journey of refuse in the Thame's tides. Population explosion in London was depicted by an entire wall covered with toilet door signs showing Victorian numbers versus modern numbers to visualise the effects of all those additional people on the infrastructure. 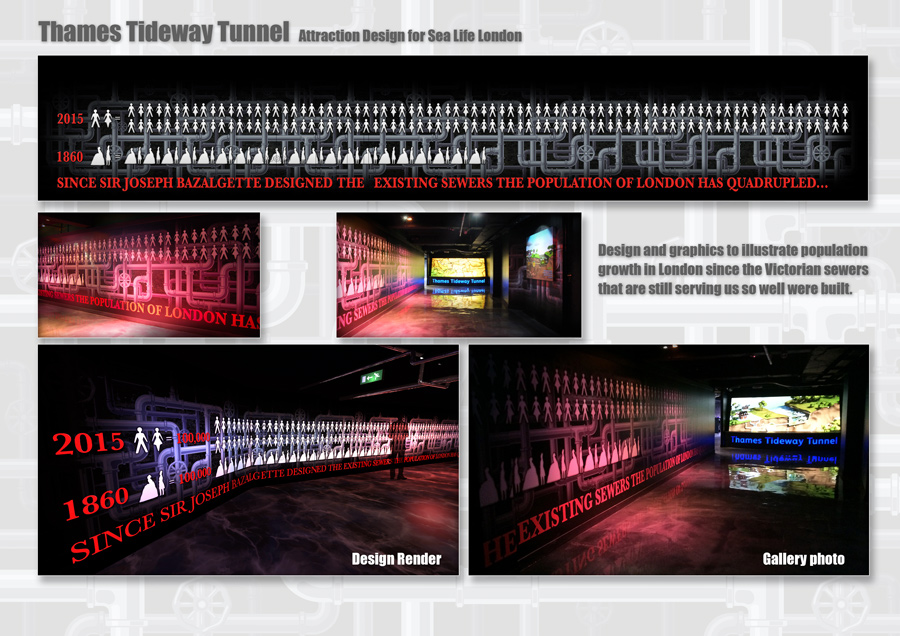 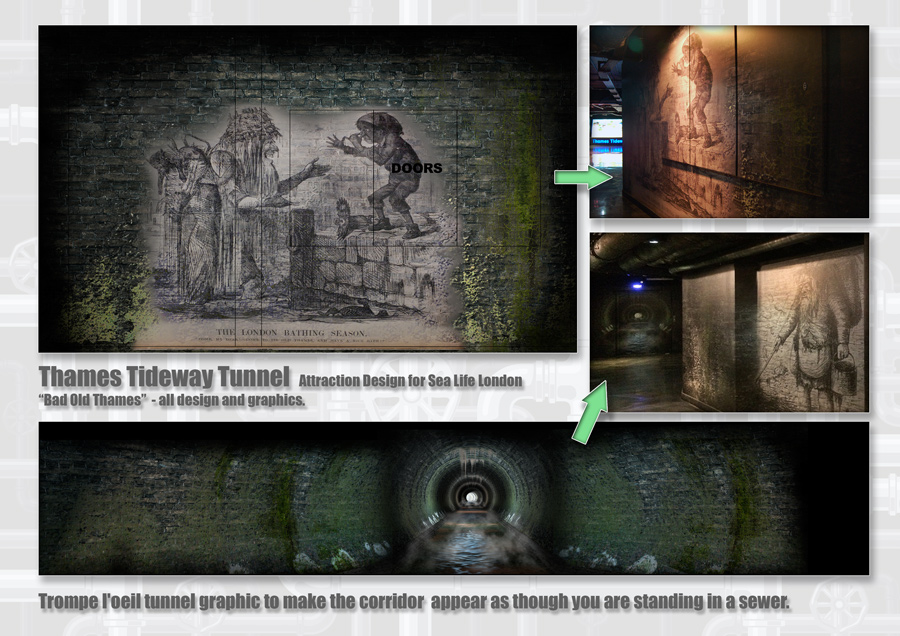 Finally fetching up at an animated "son et Lumiere" style short film, 3D projection mapped onto a four metre wide sculpture of a map of London. 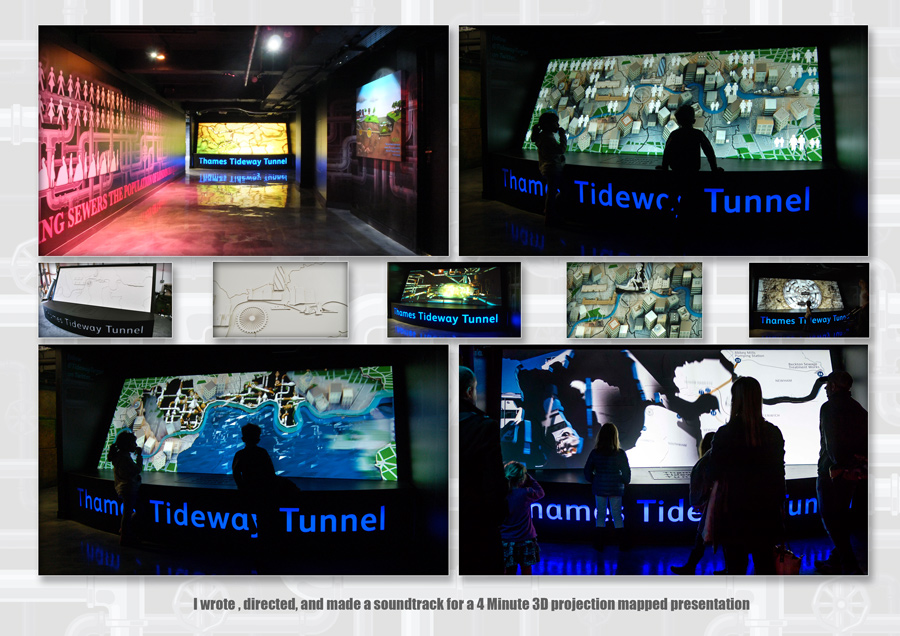 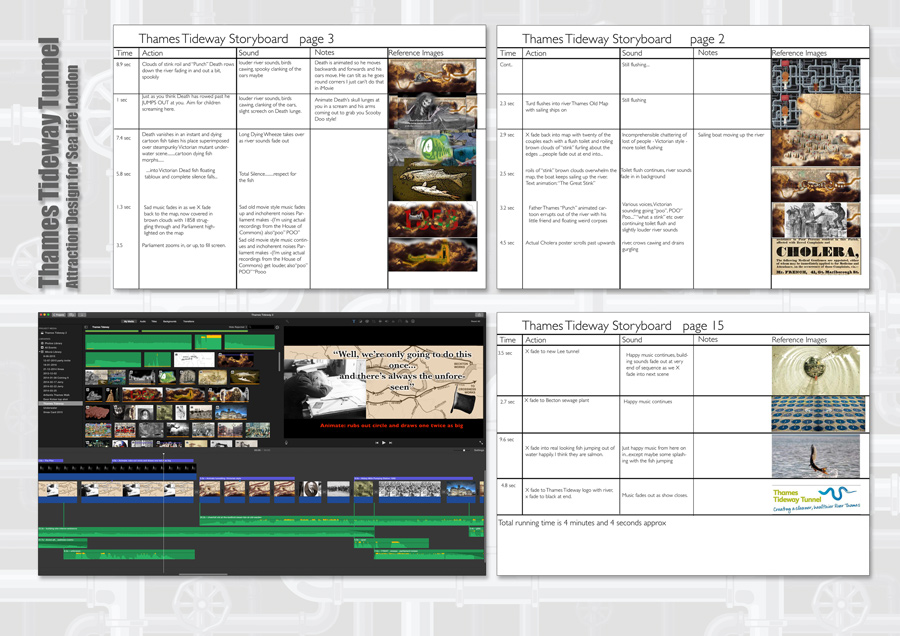 Further into the galleries are tanks of types of fish that can be found in the Thames with a backdrop of a sunset by Tower Bridge. 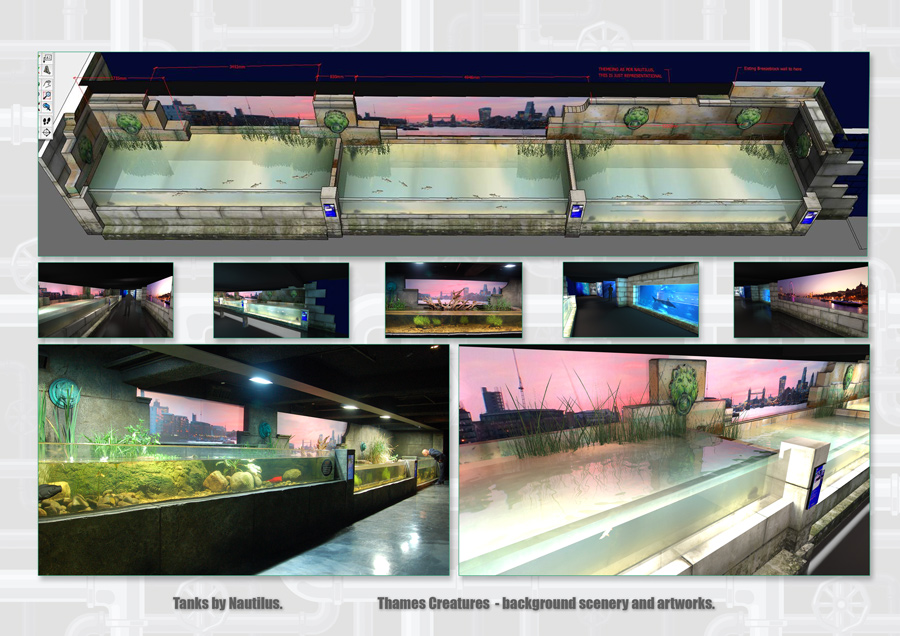